I don’t know. I’m not sure I buy the Governor of Hawaii’s lame excuse that someone hit the wrong button during a shift change. Like do they just have pre-drafted emergency messages sitting in their drafts? I guess that is possible now that I think about it but I’m not changing the headline.

But what if there actually was a missile that was headed for Hawaii and this is all a big cover up? Can’t wait to hear what Nard has to say about this on Monday. He’s a big loose change guy.

Quick update from my last post. Apparently in just my 3rd day blogging, I managed to trigger one of Instagram’s Top Models. You can click here to read that post. 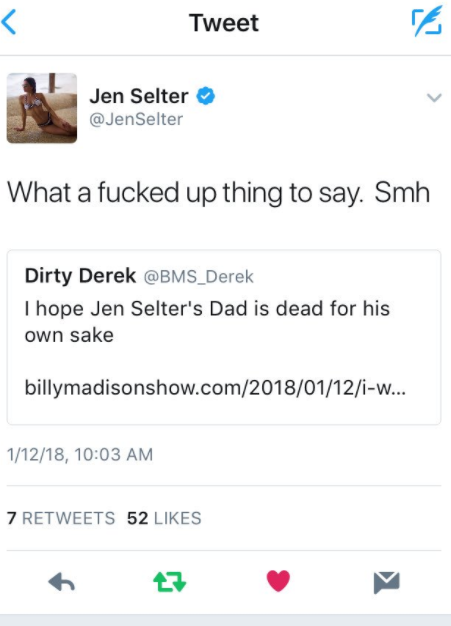 Obviously the headline is what upset her but when you really break down the headline, I’m simply just saying “Jen Selter is so hot that it must suck ass to be her dad and have every guy to ever live think about his daughter naked” that’s it. To me it’s clearly a joke and I didn’t even @ her so it’s not creepy but either way I think it’s fantastic she’s decided to clean up this post and reconcile with her father.

The road to reconciling with her father came after searching her name ( not her mentions, Just searching her name) on Twitter like the humble hot girl she is, She discovered my blog. After scrolling through my pics to see how hot I was she decided to shame my creative humorous headline. Then she must of realized that I had been blogging for about 3 days, That I was a nobody therefor she decided to delete the tweet, I hate her for that, In the 5 minutes that tweet was active that blog post had about 9,000 different visitors. Crazy the amount of power she has.

But maybe I am a somebody because after a quick look at her Instagram you might notice a completely different caption on the photo that I pointed out. Went from “Sorry Dad” to a Pizza emoji. Crazy to think about the amount of power I know possess as an elite blogger. I won’t forget about you guys and thanks for the support. 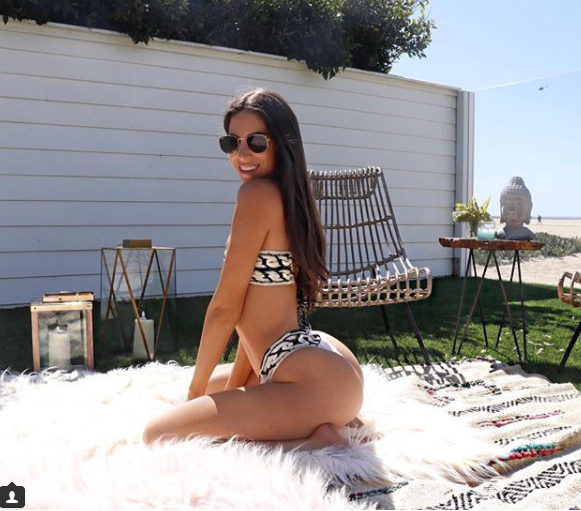 I was cruising the TL earlier and saw this story about New York Knicks star Kristaps Porzingis hooking up with Instagram model Jen Selter(Click here to see that story). Now I have to admit that I have heard the name Jen Selter before but I thought that she was on ESPN or something. I had no idea that she was one of the best looking girls on the internet.

I have spent the past 2 hours looking at her Instagram and I may have discovered one of the rudest most aggressive Instagram post of all time.  The caption on the post is “Sorry Dad” 😦

She pretty much cucked her dad in front of her 11.4 million followers. Harsh. Hope for his sake he’s already passed away. 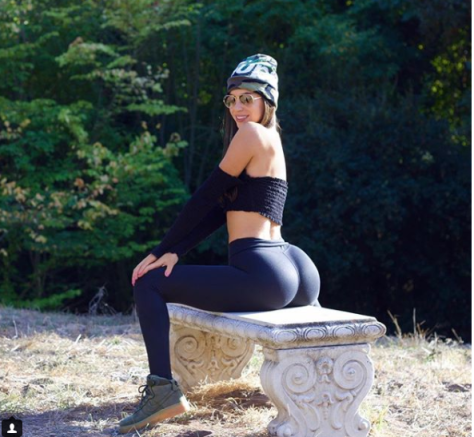 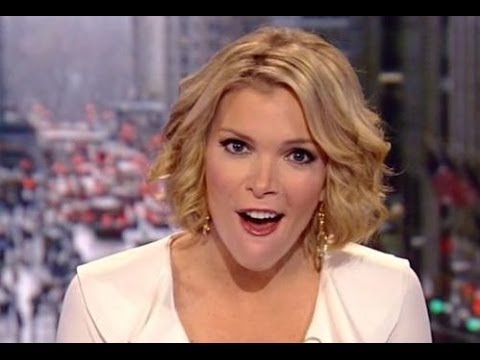 Megyn Kelly is incredibly talented at pissing the entire internet off. Her latest one comes after interviewing some fitness mom Maria Kang. During the interview she told a story about how her stepdad would fat shame her which is a weird move on the stepdad’s part. Regardless I couldn’t help but search her mentions on Twitter to see what the people were saying.

First one out the gate, Coming in hot.

Suzie (Who is verified) was so pissed off about this that she decided to throw her dad and her rapist under the same bus.

Somehow this ass-hat decided to take a shot at my beloved Oprah. Not Cool and obviously he’s a racist. Allegedly.

Check out this guy scrolling through random old tweets of Megyn’s and fat shaming her.  Keep your eye out for Mike Hunt CEO in the future. Man is dedicated.

And last but not least, The only tweet I could find defending Megyn Kelly and I’m positive it’s from a fake account.

I clicked on this link that was talking about my girl LGG and her cleavage spilling out of some pink suit, Of course I only clicked on the link because I wanted to slut shame the websites editor for using such bullshit tactics to get clicks. I quickly got sidetracked after noticing LGG’s face. I thought to myself – Damn she looks dumb – but then I hit the bong and thought – Maybe it’s fashion?-  I hate that I seriously can’t tell if her glasses are being worn like this on purpose or not. Can anyone clear this up for me? Thanks. 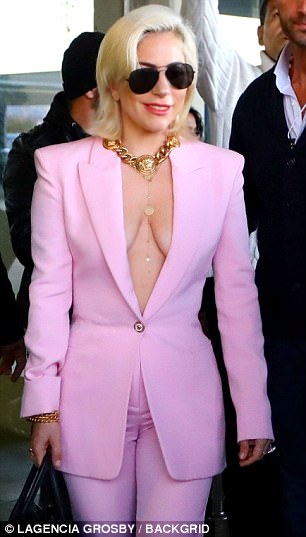 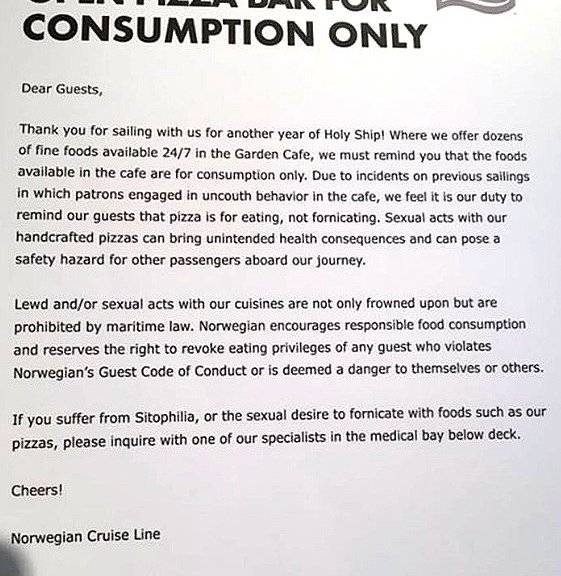 Holy shit do cruise ships suck. I personally have been on like 3 cruises (Humble brag) The first one was awesome because I was in the 8th grade, I got super duper drunk and I also got to miss a week of school. Only bad part was Jamaica, Where I got stung by a Jelly Fish and my mom had to pee on the infection so I wouldn’t die. The other 2 cruises were kinda shit, Mainly because I bought shit weed at one port and got incredibly sick when I got home.

But this shit that some Cruise company called Norwegian ( sounds like a made up country if you ask me) is ridiculous, Isn’t the whole point of going on Cruises is to be able to have crazy sex that would be frowned upon on land? That’s what I thought at least. What a bunch of party poopers, It’s not like this is a Disney Cruise or something.

P.S. I was kidding about Norwegian. I know its in Canada, I’m not that stupid. Take a joke people. I’m new to blogging. 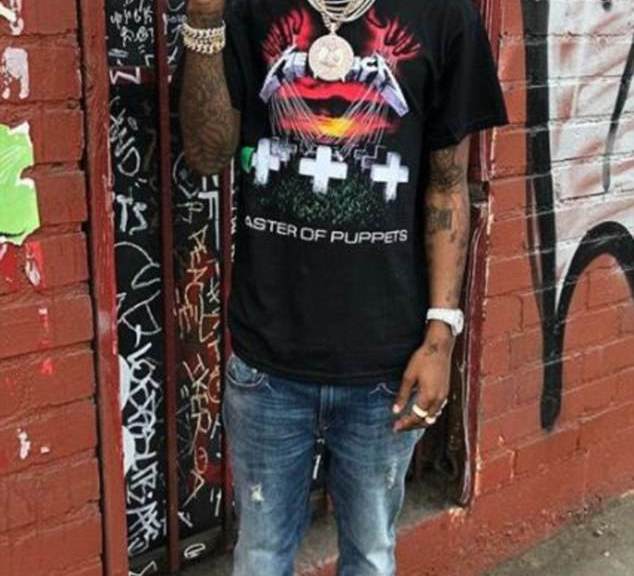 Daily Mail- A road manager for the New York City native, 25, was taken into custody at LAX airport on Tuesday in connection with misdemeanor criminal threats in the wake of a skirmish that took place when his American Airlines flight landed in Los Angeles, TMZ reported.

The rap artist, who was inked last year to Interscope Records, was headed to the restroom on an American Airlines that had just landed, but hadn’t yet approached the gate. Flight attendants warned the Rich the Kid, whose real name is Dimitri Leslie Roger, to get back in his seat, but he declined, the outlet reported.

At that point, his road manager intervened on Rich’s behalf, and bickered with the plane staff, at one point telling them, ‘I will cut your head off.’

I don’t condone violence against innocent people by any means but I love this Road Manager who is definitely just this Rappers buddy standing up for his guy even though they are both 100% in the wrong. Who cares, You can’t just sit back while some flight attendant is making your guy look like an asshole to the entire plane.

My friends wouldn’t have said a damn word, In fact they probably would have joined in with the flight attendant and then testified against me. Moral of the story: Rappers have way better friends than I do.

Cole Beasley released his long anticipated hip hop track “80 Stings” a few days ago. I had completely forgot he was gonna release this because I had no Idea he was a rapper. The Song isn’t half bad but I just cant get into it knowing that this guy played in 15 games last year and racked up a grand total of 300 yards receiving FOR THE ENTIRE SEASON!!!

And now he wants to drop his latest hip hop song why Cowboy fans are still trying to gather themselves. Word of advice to future NFL Rappers, Don’t drop a song while the NFL season is still going on and your team is sitting at home. You end up just looking like an asshole who had 300 yards receiving for the whole year. Maybe get some extra reps in this off-season playa.

I’m also kinda surprised Cole is a rapper considering how soft he can be on Twitter after a bad game.

Naw but I got two kids whose college is payed for already and they’re still in diapers. 😉 https://t.co/CWFZqsQXrL

I was trying to dig up some more tweets about him being Salty but just seeing this guy makes me sick and apparently he has an album coming out this Spring. I’ll update you guys as soon as he gets cut.

Last thing, I was thinking instead of the song being called ’80 Stings’ he should change it to ’30 Catches’ -Huh, Am I right? Got Em. 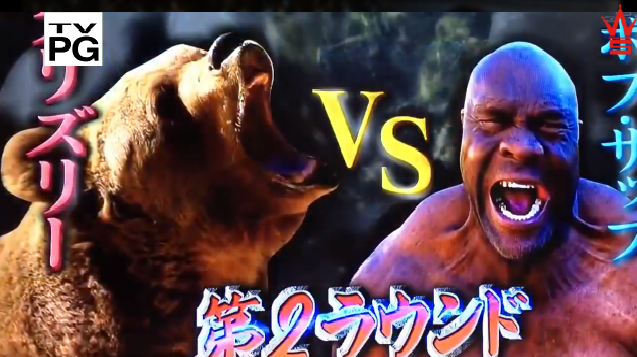 I thought this was gonna be a close match. Bob Sapp is a very large man who could crush most things on Earth and this battle honestly wasn’t even close. Didn’t even really look like the Bear was trying.

What Iam more impressed with is these Japanese game show producers. They are so damn creative. How are American TV networks not stealing the shit out of these people. I mean Japanese game shows have become so popular because you honestly think you’re about to see someone die. They are compelling, hilarious and terrifying all at the same time. Come on America, We gotta start thinking outside the box or just start ripping these shows off. I’m so tired of American Ninja fighter, Amazing Race, Big Brother etc. I need some new blood dammit.

I love Nard doing show reviews on shows that ended like 6 years ago. Here is his latest one of him shitting all over ‘Breaking Bad’. Is it a hot take? Is he Funny? No and No.