Conor McGregor and Russell Westbrook have been Trending in the top 5 worldwide for the better half on the last 24 hours, Both reasons for the trend have to do with their most recent encounters with “Fans”. 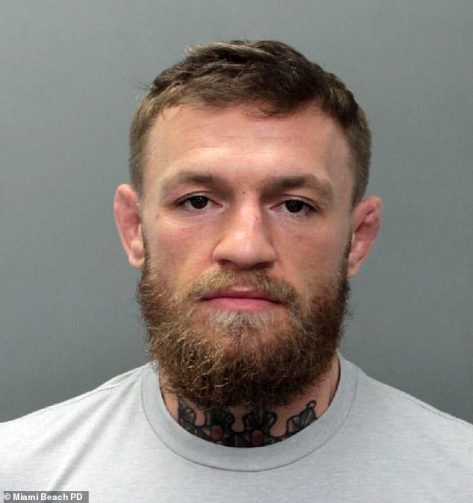 McGregor was arrested in Miami after he smashed a fans phone after the fan approached McGregor while he was exiting his hotel. Hard to jump on Conor for this one without knowing the whole context of the situation. Was the fan pestering Conor? Was he being aggressive? Did he start chanting Fook yeah instead of Fuck yeah which would might be considered mocking by Conor?  I’m not sure. Either way, I’ve decided I’m with Conor on this one. People that hound celebrity’s for pictures, Especially the ones that just show up at the Hotel, Are Grade A assholes. Conor definitely should have to replace the phone but charges should be dropped after that.

Only thing Conor is really guilty of here is being a rich asshole. Not that big of a deal IMO.

Russel Westbrook on the other hand might be in a little more shit.  The Thunder were on the road last night in Utah. Russel has had a history of getting into verbal altercations with Jazz fans in the past and this time he was caught on video telling a fan he would  “Fuck him and his WIFE up”. Not the best look for the former MVP of the League.

Russell Westbrook hasn’t been having the best of altercations with fans around the #NBA as of lately. I am totally 100% aware that it is completely acceptable for fans to yell profanity at the players, but I also believe Russell can control himself better. pic.twitter.com/edtYIdrpx6

Westbrook claims that the couple had told him to “Get back down on his knees”? Weird insult if true. I would like to point out that people have come to Westbrook’s defense. Like former NBA journeyman Matt Barnes. Who made the claim that Utah Jazz fans are racist. Which I absolutely believe.

I said it b4 @utahjazz have the most racist fans in the @NBA https://t.co/yfkD44q5yB

This is a toss up but if I had to pick which guy was more fan friendly. I’d have to side with McGregor on this one, He just gave that guy a free phone upgrade. Love to see when Celebs give back.