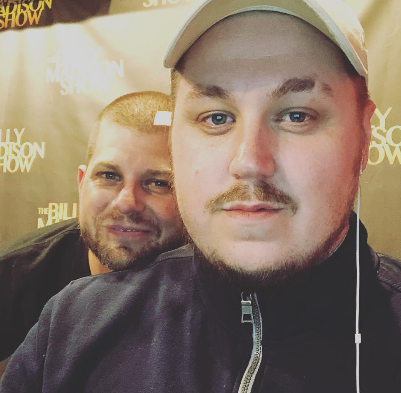 Things got a little weird today on the Billy Madison Show. I understand that most days on the BMS are weird and sometimes gross but usually they are at least somewhat funny (For the most part). Today just felt odd and I know why. It’s because I have a lot going on in my personal life and when you’re not playing a character on the radio and you’re just who you actually are, It’s almost impossible to contain that emotion at all times. I know some guys that are able to do this but I’m way to white trash to be as mature as those guys.

I still hate the feeling  I get when I leave the Studio and I think to myself ” Damn that was an awkward day, Had to be brutal to listen that” I then usually spend the rest of the day beating myself up about it. I don’t know why I think that. There’s literally no reason for it because as a radio listener myself,  I listen to radio shows all the time. Some I like, Some I don’t and I don’t remember or care about the shit they said the very second I stop listening.

Things got weird today but I’ll never apologize for it. Sometimes things happen, It’s a Live Show and containing what you’re going through personally can be next to impossible to contain sometimes.

I realized today after 13 years of doing this, That my off days or weird days where something happens on air that I wish didn’t is exactly what separates me from other Co-Hosts of nationally syndicated radio shows. I’m not afraid to be honest and admit when my game was off that day. Doing a live show 5 days a week for 4 hours a day wears on your soul. Seeing people talk shit about whatever you say or do wears on you, I don’t care who you are. But I’d be lying if I said I didn’t love every minute of this shit. I promise to be authentic every single day. I’ll always admit when I’m wrong and I’ll gladly rub your face in it when I’m right.

This blog is about nothing more than, I had a bad day and felt like blogging about it. Our Company wants us to put a shit ton of more content on this site this year So I’ll be doing blogs everyday.  Also, I’m a really bad writer but who cares because I’m sure you are too.

I won’t get into the specifics about what happened on the show that made it weird because that’s not what this blog is about. If you want to listen you’ll be able to download today’s podcast (01/22/19) by tomorrow and before anyone says shit, I know the podcast delay annoys you guys but it’s our way of promoting the 24/7 BMS replay. Click here to listen to that.