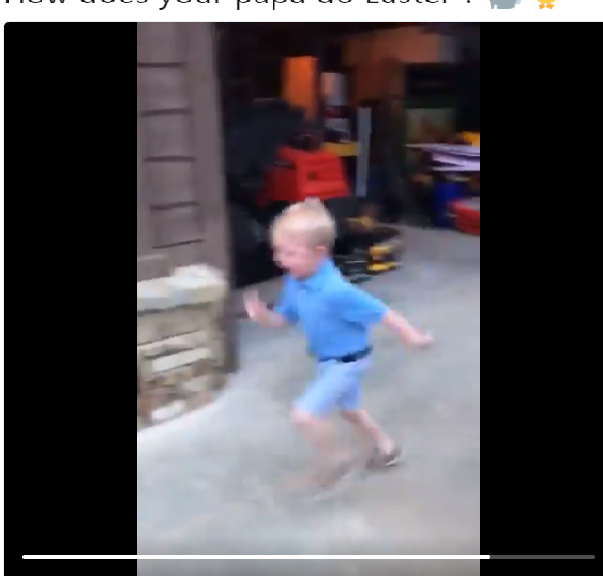 I hate to be the bearer of bad news but these parents will regret this stunt one day. I’m not even sure how, Kids can go down a slew of paths that wind up causing  parents to stay up late pondering the very question

” Where did I go wrong in raising these kids?”

Lucky for these parents, They will be able to recall that very moment with ease.

How does your papa do Easter ?🐇🐥 pic.twitter.com/5EhZl5c6eK

Can’t blame that little boy one bit, He didn’t know wtf was going on. All he knew was that dickhead was not the Easter Bunny. He was fast as shit too, Zero chance PAPA would have ever caught Henry George III or whatever his name probably was. Video is still super creepy. Like none of the parents were saying anything and it was just this gloomy bunny running up with children screaming. Video is just odd.