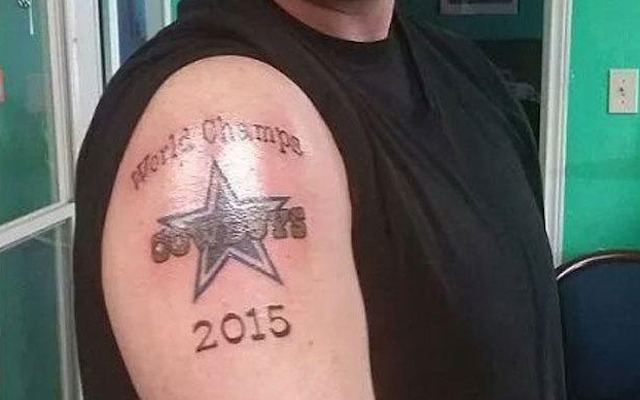 My phone went bonkers just after noon with the same link, Over and over and over. Like it’s your birthday on Facebook bonkers. Everybody was talking about the article that SI.com posted. Apparently the NFL Competition committee has decided that Dez caught it, Along with Jesse James from the Steelers, Calvin Johnson from the Lions Etc.

I couldn’t care less. Honestly. That was so long ago, Who cares that we had already dominated Seattle earlier that year in Seattle. The Seahawks of course would have been The Cowboys opponent in the NFC Championship Game. Who cares that Tony was playing his best football, 69% completion rate to go along with 3,700 yards and 34 TDS.  Who cares that The Cowboys run game led by that amazing offensive line and Pro Bowler Demarco Murray who carried the ball for 1,800 yards with 4.7 ypa and 13 TDS. Who cares that Dez had 16 TDS. It doesn’t matter. The decision to reverse the call was heart breaking when it happened and I still carry that loss with me everyday. Mostly because I still have a “Cowboys World Champs 2015” tattoo on my right lunch lady arm. 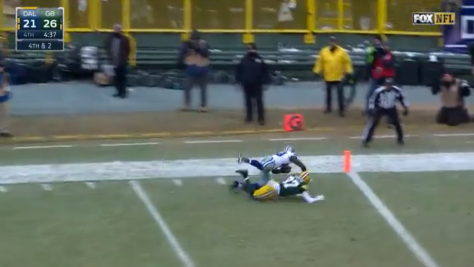 Even if The Cowboys would have beat Seattle (They definitely would have) they still would have had to play Tom Brady in The Super Bowl. I would have loved to have seen that game because I think they would have played well against them. Cowboys offense was a force that year.

I also can’t ignore the fact that although The Cowboys would have taken the lead with a Dez TD. Aaron Rodgers and The Packers still would have gotten the ball back with 4:30 minutes left and Rodgers has had the Cowboys number. It would have been a fun finish but shoulda coulda woulda. 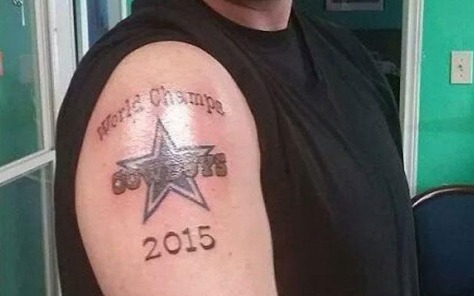 So thanks for nothing Competition Committee and thank you to everyone who sent me this article. I really enjoyed it.

One thought on “Dez Caught it. Who Gives A Shit.”